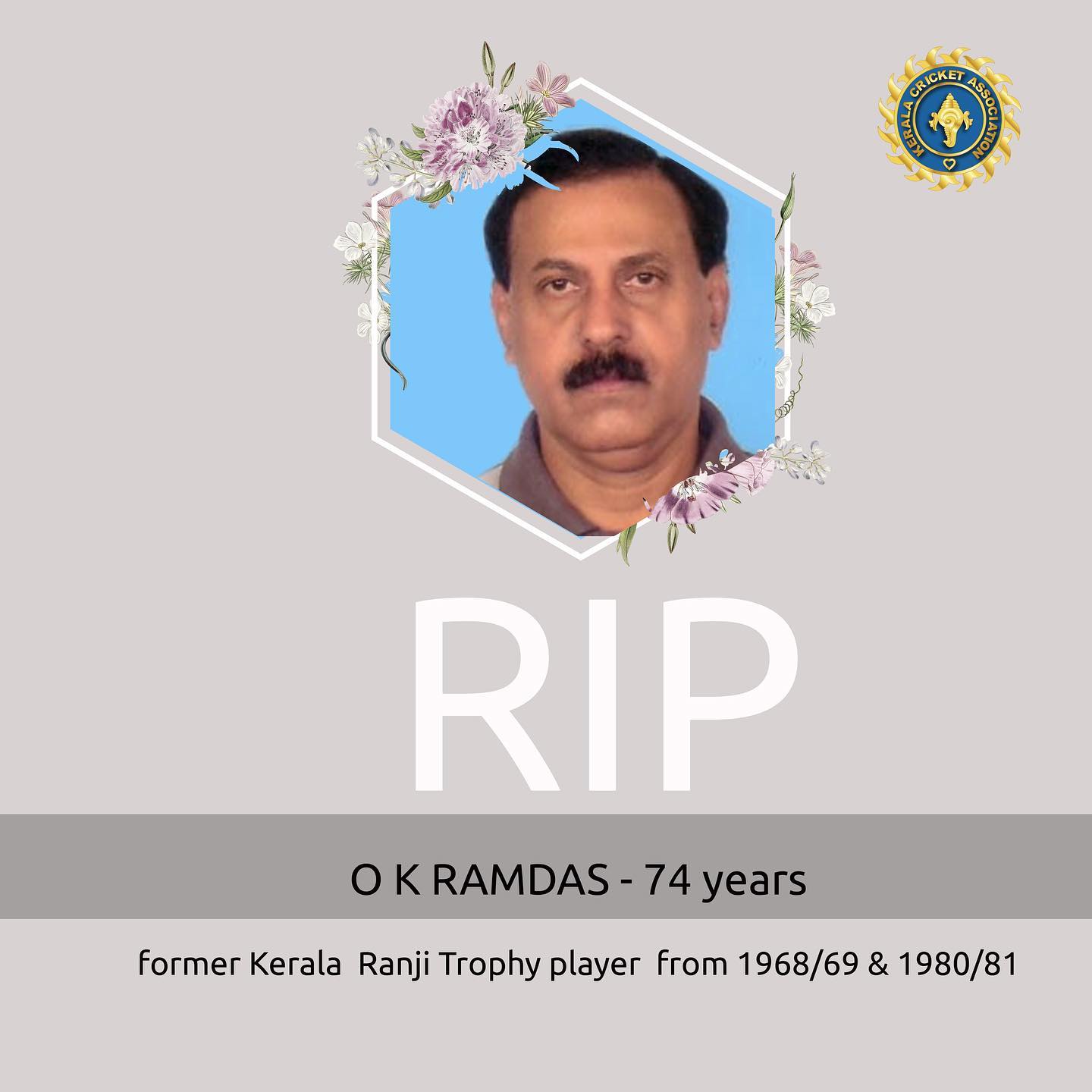 
Also he played 1 match against Ceylon for Kerala Chief Ministers eleven at University Stadium, Trivandrum from 8 to 10 January 1971, under the captaincy of Mr. K Madan Mohan and this match he scored 21 and 16


He lead the Kerala side in one Ranji Trophy Match against Tamil Nadu from 13 to 15 December 1979 at Madras Cricket Club Ground, Chepauk, Madras


Sri Ramdas survived by his wife Shobha and son Kapil Ramdas
May his noble soul rest in eternal peace.